WHO ARE THE TRUSTEES ?

The directors of the Trust are:

Keith is a lifelong lover of cricket and held the role as Chairman of Cricket Scotland for thirteen years from 2012 to 2015.During his tenure he oversaw the national side become professionalised and the governing body undertake major constitutional reforms.Keith played a key role in developing Cricket Scotland's business activities and forged partnerships with the private and public sector plus cricketing bodies throughout the world.

He served on the board of the International Cricket Council (ICC) for two terms (2010-2014). Keith is a member of the MCC and a past Chairman of Lords Taverners Scotland.

Keith has many years of legal and governance experience and currently is an advisor with Morton Fraser and Cornerstone Asset Management. He is also Honorary Legal advisor to the Royal Scots Regimental Fund.

Keith also has a keen interest in golf being a member of the Honourable Company of Edinburgh Golfers, Royal and Ancient Golf Club of St Andrews, Royal St Georges and the Renaissance Club.

In the New Year's Honours List in 2014 Keith was awarded the OBE for services to cricket. 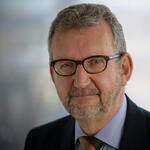 Although he now lives in Glasgow’s south side and is a prominent member of the Poloc club, Keith’s origins lie in Tayside where he played cricket as a youngster at both Forfarshire and Dundee High School FP. Keith describes himself first and foremost as a cricket enthusiast with a particular interest in the development of youth cricket. In recent years he has played an integral part in the re-launch of the thriving junior section of the Poloc club. The club has also established innovative partnerships with over a dozen local primary and secondary schools, as well as both Langside College and Glasgow Caledonian University, and operates much of its community work in conjunction with the Community Coaching Initiative ("CCI"), a registered charity set up in 2007 to provide cricket coaching in the club's local area.  In addition to his roles at Poloc and as a Trustee of the CCI, Keith is currently Chairman of the West District Junior Cricket Union, sits on the Executive Committee of the West District Cricket Union and is a Director of Cricket Scotland.

A Chartered Accountant by profession, Keith is Chief Executive of Murgitroyd Group PLC, the global intellectual property specialists and sponsors of the national club T20 competition. 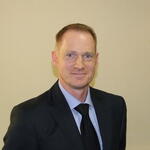 Chris was born and raised in Bloemfontein, South Africa, before coming to Scotland and settling in Edinburgh. He joined the Grange club in 1970 where he quickly made his mark as a high quality cricketer and hockey player. A most reliable left hand bat, Chris played for Scotland between 1978 and 1984 and still modestly marvels at the fact that during his international career he enjoyed the opportunity of playing at so many famous cricketing venues and against some of the legendary names of the game.

Chris was a Chartered Secretary by profession but is now retired.He has been involved with the Grange Club administration in various capacities over the years, and is currently Secretary of the Edinburgh Branch of the Cricket Society of Scotland. He is also secretary to the Trust. 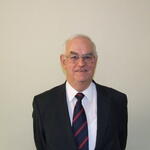 Alasdair has lived in Edinburgh for many years but is originally from the west where he played at Glasgow HS and West of Scotland CC.  He was fortunate that his years at West coincided with a golden era for the club and enabled him to learn from and play alongside a number of well-known internationals and coaches.  When he moved to Aberdeen to study, Alasdair became very involved in university cricket and still turns out for the Aberdeen University Alumni XI on its annual tour to Somerset.  His main interest and involvement with cricket now is at the grassroots level and he is now coaching children at Stewarts Melville.

Alasdair is a qualified lawyer and MBA graduate who spent many years working in investment banking. In 2007 he  moved into the oil and gas industry and is currently head of legal and commercial for an international oil and gas exploration and production company. He was appointed a Trustee in 2016. 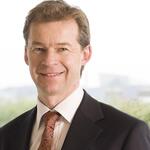 Ewan was brought up in the Highlands in Nairn on the Moray Firth coast. Whilst there is a thriving cricket club in Nairn which is part of the North of Scotland Cricket Association, Ewan spent his formative sporting years developing his golf swing on the links at Nairn Golf Club. He went on to golf (pretty averagely, he says) at University, eventually winning a "blue" for Cambridge in the 1994 Varsity match against Oxford. Whilst not having played cricket at any competitive level, Ewan has always been a keen follower of the game. As a youngster the dulcet tones of Jim Laker, Peter West, and Brian Johnston brought the heroics of Botham and Willis, Richards and Marshall to the Highlands. In more recent years, Ewan has regularly attended international matches at Lord's, Trent Bridge, Old Trafford and even Newlands in Cape Town.

Ewan is a qualified lawyer and a corporate partner at Dickson Minto W.S. in Edinburgh. 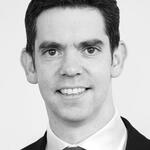 After attending Kelvinside Academy, St Andrews and Glasgow Universities and Jordanhill College of Education, Colin initially played as an all-rounder for Dunbartonshire in the Scottish Counties before moving to West of Scotland in 1983. Becoming Club Captain in 1986, he led West to the Western Union Championship in 1988, 1990 and 1991, and won the Scottish Cup in 1989. He represented West District and Scotland B, and as Team Manager when the West District XI won the British NCA Championship in 1993, he received the Scottish Cricket Writers' Award for "services to cricket". He established and coached the Dunbartonshire Club Junior Section from 1972-76 and was Manager of the Scotland U15 Squad from 1994-98. He remains actively involved with the West of Scotland Club, where he is an Honorary Vice-President. Previously he represented Scotland B at rugby and played for a Scottish XV v Japan in 1977.

Colin retired in August 2015 after 11 years as Rector of the High School of Glasgow, where during a 39 year career he taught Classics, coached cricket and rugby and undertook different pastoral and senior management roles. He served on the UCAS Scottish Standing Group 2003-2015, including a short period as Acting Chair, and received the SQA Fellowship Award 2014. 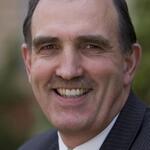 Rodger is originally from Edinburgh and developed an early passion for cricket whilst at school, where he fulfilled the role of semi-reliable opening bat. His involvement with the game was placed in abeyance whilst studying for a law degree at the University of Aberdeen but was reignited when his son joined Clydesdale Cricket Club near to the family home in Glasgow. Thereafter, Rodger followed the usual path of watching parent, to providing match-day assistance, to coaching qualification and team management. His most recent charges have been the Clydesdale U11 team and the South of Glasgow U12 inter-district side. Shortly after beginning his coaching career, Rodger also dipped his toe back into the world of playing. However, he quickly realised that the game had moved on quite considerably since his school days (a target score of 20 runs off the first 20 overs of an innings apparently no longer being an acceptable scoring rate!) and so decided to call time on his career in the field.

Rodger is a qualified lawyer and is a partner in the Corporate Finance Department of Shepherd and Wedderburn LLP in Glasgow. 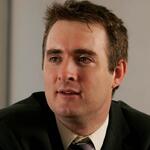 Robbie's passion for cricket began over 50 years ago when he was first introduced to the game by his father at the age of 7. He began life as a scorer for Falkland CC and has never looked back since playing in over 700 matches and scoring over 10,000 runs. He still turns out for the club's 3rd XI on a Saturday.

Robbie is now in his second term as Falkland CC President having held almost every committee position since 1980.He has been Junior Convenor for the last decade, is a UKCC Level 2 coach and still actively coaches both at the club and in a number of local primary schools.

Robbie has overseen a rapid growth in the club's junior numbers and has helped create a culture at the club for being welcoming, friendly, family orientated with an emphasis on fun and enjoyment. He firmly believes that investment in grass roots cricket is fundamental if clubs are to survive in future.

In 2014 Robbie was awarded the Scottish Association of Sports Councils (SALSC) National Service to Sport Award in recognition of his dedication, commitment and contribution to Falkland Cricket Club and the sport of cricket.He is also Vice Chair of East Fife Sports Council.

Robbie spent 35 years in various roles within the Retail section of the Bank of Scotland. 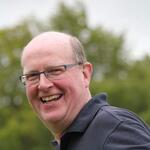